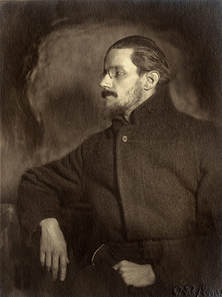 In addition to revising Spyography for publication, I have begun a second research project, tentatively titled Vivisective Modernism, which examines the role of the clinical gaze in modern art and literature.  Essentially, I argue that the late nineteenth-century vivisection debate, which polarized both scientists and writers, transposed the question of medical ethics to literary aesthetics.  In doing so, this discourse gave way to a distinctively modernist “vivisective aesthetic,” which I characterize as the rending and probing of both individual and collective bodies.

John Ruskin, an ardent opponent of animal experimentation, aggressively applied the terminology of the sciences to modern literature—to the denigration of both.  In “Fiction, Fair and Foul,” Ruskin wrote deploringly of the writer’s fascination with mental and physical “aberration”: “There is some excuse, indeed, for the pathologic labour of the modern novelist in the fact that he cannot easily, in a city population, find a healthy mind to vivisect: but the greater part of such amateur surgery is the struggle, in an epoch of wild literary competition, to obtain novelty of material.”  For Ruskin, the Victorian industrial city had become the operating theater of a new “science of fiction,” an anatomy of abnormality masquerading as art.  However, not all of his contemporaries were so disparaging.  Gustave Flaubert, a surgeon’s son, was perhaps the first to champion a pseudoscientific approach to literary composition.  Anticipating modernist preoccupations with “low” subjects, Flaubert’s objective method sought an equalization of subject-matter, a leveling of “fair and foul” that ultimately privileged style as “an absolute way of seeing things.”  By conceptualizing literature as a “slice of life,” the late nineteenth-century novelist could effectively emulate the grim impartiality of the anatomist’s knife.

A quarter of a century later, the young James Joyce, a former medical student, would also emphasize the surgical quality of modern art.  In Stephen Hero, Joyce offers what amounts to a modernist manifesto: “The modern spirit,” he declares, “is vivisective”: “The ancient spirit accepted phenomena with bad grace.  The ancient method investigated law with the lantern of justice, morality with the lantern of revelation, art with the lantern of tradition.  But all these lanterns have magical properties: they transform and disfigure.  The modern method examines its territory by the light of day.”  But unlike nineteenth-century naturalism, which positions the artist as an objective observer, Joyce’s vivisective style investigates “the spectacle of esthetic instinct in action.”  What Ruskin terms the “pathologic labour” of the novelist becomes, for Joyce, the modus operandi of the artist whose anatomizing eye is turned inward, who makes himself a synecdoche for modernity.  From this perspective, the vivisective is not simply a metaphor for a sociopolitical critique, nor is it solely a “method” for representing a “community in action”; it is writing about writing, modernism’s invasive study of its own form and circulation.

Drawing upon a range of authors with medical backgrounds—Joyce, Gertrude Stein, and William Carlos Williams—as well as other writers and visual artists who adopt the imagery of “living dissection,” Vivisective Modernism investigates the anti-Romantic and self-reflective functions of the clinical gaze.  In doing so, this project carries out its own examination of art’s intervention into medical discourse and vice versa; the relationship between artists, surgeons, and (mad) scientists; and the way modernism embraces an aesthetics of vivisection at the expense of dehumanizing or “bestializing” its subject.  Finally, as I trace the artist’s desire to “play doctor,” from William Wordsworth’s conception of the poet who “[murders] to dissect” to Joyce’s own association of the writer with the criminal transgressor, I consider the extent to which literature is aware of its own malpractice, its aestheticization of bodily violence for art’s sake.